History of cacao in Colombia 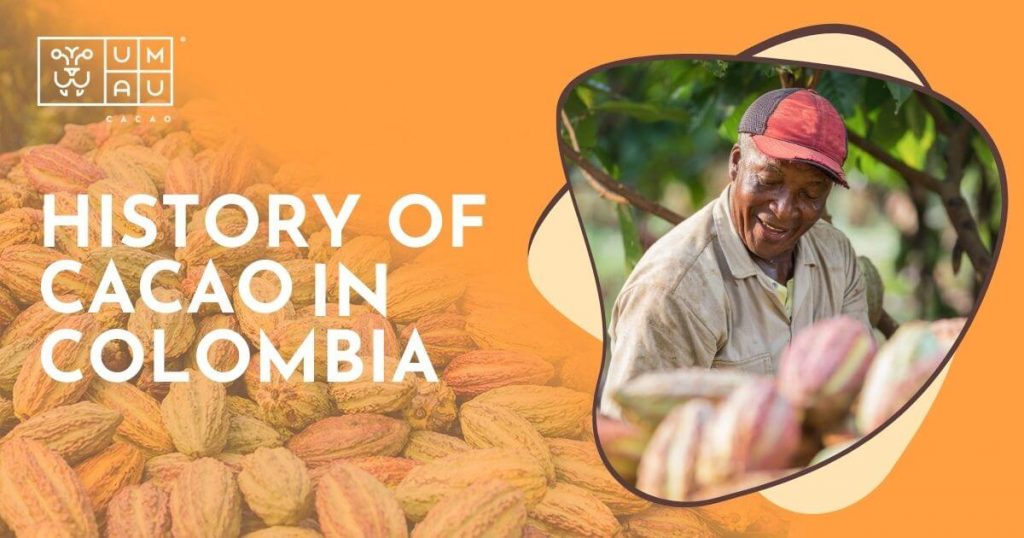 Join us to unveil the history of our Colombian cacao. We want to take you back to the XIX century, a time full of great changes, discoveries, and history.

We invite you to be part of our UMAU CACAO family and what better way to do so than telling you where our cacao is born, its industrialization process, and that we are a blessed land for producing different species for all tastes in the world.

Thanks to the many collaborators and producers that have contributed with their work, but above all with their love for our land, they say that we should be grateful for having been born in this beautiful Colombian land and having the possibility of producing such grandiose fruit.

Being able to cultivate it and watch it grow until it matures is indescribable; the Colombian land in conjunction with a well-cared habitat allows for this fruit of the gods to develop.

Chocolate is the final product after processing cacao, and by the years 1600 and 1700 it was a distinguished drink among the elite of Santa Fe (Bogotá). But it was also consumed by the agricultural sector, which was less exclusive but more in need of a good diet.

Back then, cacao was processed in a rudimentary way: it was sun-dried after fermented, then roasted in clay pots that were placed in the fire and then ground manually.

The paste obtained was mixed with other ingredients according to taste and regional customs, such as sugar or panela, and cornflour was also used to thicken the drink and make it yield.

Different spices were added to aromatize the drink, such as cloves and cinnamon.

According to an article published by the Red Cultural Banco de la República, Enrique Cardona Mejía from Antioquia was a pioneer in the industrialization of chocolate in western Colombia.

He writes his first essays as an employee of the Carlos Coriolano Amador wheat mill in the city of Medellin, and in 1888 he created his first factory in the Belen neighborhood of the same city using the method of the Pelton wheel of a sugar mill.

During the XX century, along with the growth of urban life, the coffee boom, and the relative progress of the economy, chocolate gained a presence in the diet of Colombians.

To encourage the consumption of chocolate, the main manufacturers used all possible and quite innovative strategies for the time.

A cooking book as popular as the one titled Manual práctico de cocina para la ciudad y el campo (Practical cooking manual for the city and the countryside) published in 1908 by Elisa Hernández, includes recipes for food to pair with the drink and teaches how to prepare dishes using chocolate as a novel ingredient.

By the 50s, hot chocolate had become a daily drink in Colombian homes.

Thanks to the wide coverage of the national market, served by extensive distribution networks, and the effort to export, despite multiple difficulties, the large processors had sufficient resources to participate in the creation of new industrial, commercial, and service companies, and they began to distribute national and imported products.

Today, in Colombia the industrial process of cacao is led by two important national companies, accompanied by numerous small and midsize regional factories, mainly located in Santander, Huila, and Tolima, many of which still operate with traditional methods.

Both types of companies supply an almost unique market of their kind in the world since only countries like Venezuela, Ecuador, and Mexico consume a cup of hot chocolate like the Colombian drink.

Colombia is the country with the largest number of wild cocoa species in the world, which makes us the cradle of this wonderful fruit; we have 26 species of cocoa reported, and that is an exuberant diversity. Likewise, we are one of the largest cocoa consumers, and we have great potential to shoot it to stardom.

So, from now on, treat yourself to eating and cooking with the best quality cacao and chocolate.

By doing so, you are not only making a real contribution to the environment but also supporting local growers, producers, and chocolatiers like UMAU CACAO.

And, when you travel abroad, take our handmade chocolates with you, always thinking of showing our Colombian culture and our hard-working people. 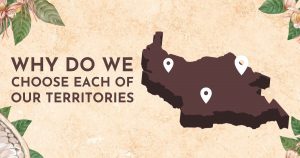 Why do we choose each of our territories?

UMAU is a company dedicated to the production and commercialization of fine and dry cacao beans of origin, which represents the traditional and crafted production of cacao and its image at an international level. 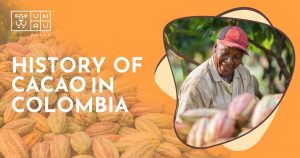 History of cacao in Colombia

We invite you to be part of our UMAU CACAO family and what better way to do so than telling you where our cacao is born, its industrialization process, and that we are a blessed land for producing different species for all tastes in the world.

You tell us what you desire, and we will make it a reality. 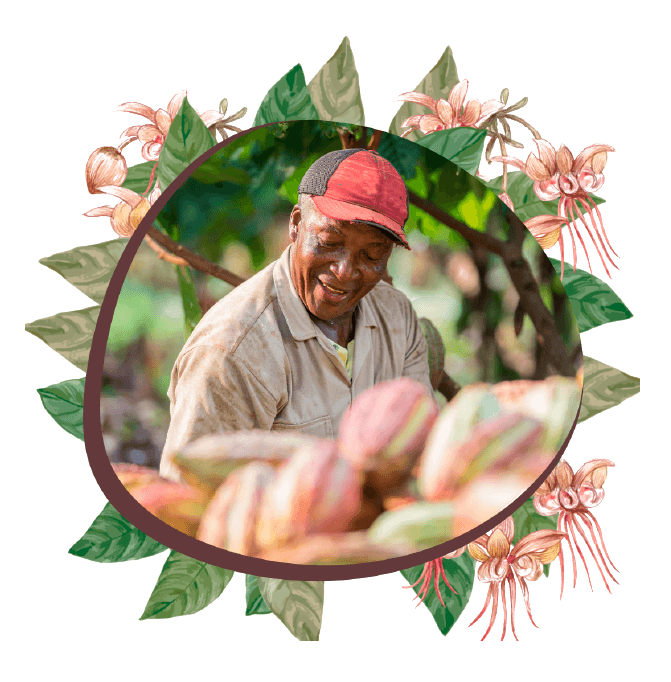